The gunman named in the Walmart shooting in Virginia that killed six was “disturbing,” known to feud with co-workers and had a “hostile” attitude.

Andre Bing, the store’s overnight team lead, was someone whom new hires avoided, according to Briana Taylor, who started working for the Chesapeake store about two months ago and miraculously survived Tuesday night’s bloodshed.

“He was the manager to look out for because there was always something going on with him, just having an issue with someone,” Tyler told ABC News. “But I never expected it to get to this level.”

Prioleau, who was in the break room when the shooting started, said:

“[Bing] came in, shot three of my friends … Half of us didn’t believe it was real until some of us saw all the blood on the floor.”

Prioleau said Bing was “condescending” and lacking “good communication skills,” and that he was “quite mean to a lot of us.”

“Came in, shot three of my friends … before I took off running”
"Half of us didn’t believe it was real until some of us saw all the blood on the floor.” https://t.co/MbxCdfr7Vv 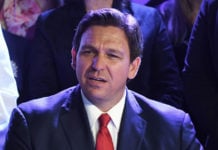