Sanders, a self-described Democratic socialist who’s making his second bid for the presidency, has the support of 29 percent of likely Democratic primary voters in the Granite State, according to a Franklin Pierce University/Boston Herald Poll released Wednesday.

Former Vice President Joe Biden, long the frontrunner in most national and early-state polls, stands at 21 percent in this poll. Sen. Elizabeth Warren of neighboring Massachusetts, who, like Sanders, is a progressive standard-bearer in the field of White House hopefuls, registered at 17 percent in the poll. 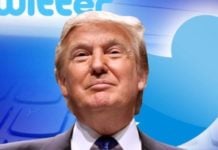