“It’s possible that at some point in the future, down the road, two, four, six, eight, 10 [years], I don’t know when, that I will find myself in a position and want to pursue it, because I’ve done it in the past,” Rubio told Punchbowl News. “But I can’t tell you that today because I can’t tell you what my life looks like, what the country looks like, the party looks like.”

Next year, Rubio is up for reelection in the U.S. Senate, a seat that he has held since 2011. He is likely to face a crowded field of primary challengers.

Rubio said, “First of all, if we’ve learned nothing over the last two years, it’s that the future is unpredictable, it takes all kinds of twists and turns. I certainly learned that myself living life. You can sort of be prepared for the future, but you can’t necessarily plan for it because you just don’t know what’s going to happen in my life or anybody else’s life.”

Rubio is ready to take on any challengers to his Senate seat in 2022 but what happens after that is anyone’s guess. He said he wouldn’t comment on any definitive future plans past 2022.

“Someone is going to run,” he said. “I’m not in some hard red state where you’re not going to get challenged by a serious opponent. But in the end, I don’t think there’s been a member of Congress over the last four to six years who’s been more effective than we have.”

We featured Sen. Marco Rubio (R-Fla.) in our semi-regular feature: What do they want? Here’s what he had to say about another presidential run. Subscribe: https://t.co/ngJpI5xtKW pic.twitter.com/jnf7gDLTqG 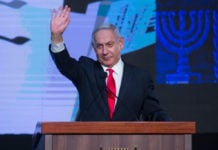