The Cobb County Police Department said the man was wounded at Cumberland Mall around 1 p.m. following an argument and that the shooting suspect ran away. The victim was taken to a hospital, where Cobb County Police spokeswoman Ofc. Sarah O’Hara said he was in surgery and “expected to survive his injuries.”

Police said they have identified a suspect and are looking for him, but O’Hara provided no further details.

“*No Active Shooter at Cumberland Mall*

“We are continuing to gather information but this is not an active shooter event. It appears this was an isolated incident. Once we get more information we will update.

“Yes, shots were fired. But not randomly. Hence, no ACTIVE SHOOTER. Updated information indicates involved parties know one another, therefore incident was isolated to them. Still gathering more info.”

#ATLANTA Be safe this Holiday season.

There was a incident at Cumberland Mall in Cobb County where a shooting took place inside the food court pic.twitter.com/pvYn4uCrIh

Someone was shot in the food court of Cumberland Mall after an argument. The victim’s condition hasn’t been made immediately clear. It was ALLEGEDLY over the Jordan 11 release today.

No one else was injured. pic.twitter.com/spkqx0gkfV 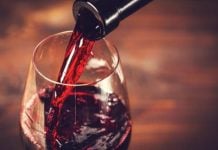