The hearings for the second impeachment trial of former President Trump start on Tuesday and Republicans are making it clear, even before they’re gaveled in, that they believe the result is predetermined.

“It’s a partisan farce,” Sen. Rand Paul, R-Ky., said of the impeachment effort on “Fox News Sunday.” Paul added that he does not believe it’s possible Trump will be convicted.

“Zero chance of conviction,” Paul said when asked if he thinks there’s a chance the Senate could meet the 67-vote threshold to convict Trump. “Forty-five Republicans have said it’s not even a legitimate proceeding so it’s really over before it starts. As far as witnesses, I think unlikely to be witnesses; if they do want witnesses, there’s going to be so much evidence that the president had nothing to do with this.”

Paul has maintained that the whole trial is unconstitutional, saying you can’t remove someone from office who is no longer in office.

Below is the interview with Sen. Rand Paul:

One Democrat senator who is in favor of impeaching Trump, Sen. Chris Murphy (D-Conn.) later admitted in an interview on “Fox News Sunday”  that the trial may be unconstitutional. Murphy stated, “I admit this is of course a matter of first impression and so I don’t think the case that Senator Paul is making is a ridiculous one.”

“I admit this is of course a matter of first impression and so I don’t think the case that Senator Paul is making is a ridiculous one.” – @ChrisMurphyCT responds to the argument that the second impeachment trial of Donald Trump is unconstitutional. #FoxNewsSunday

Following is the interview with Murphy. He claimed Trump “sent that angry mob to the Capitol on live TV.”

Sen. Lindsey Graham (R-S.C.) said in an interview on CBS’ “Face the Nation, “Impeachment is a political process. We’ve never impeached a president once they’re out of office. I think this is a really bad idea. Forty-five-plus Republicans are going to vote early on that it’s unconstitutional. It’s not a question of how the trial ends. It’s a question of when it ends. The only question is will they call witnesses? How long does the trial take?”

“If you believe he committed a crime, he can be prosecuted like any other citizen,” @LindseyGrahamSC tells @margbrennan about the second #Trump #Impeachment trial pic.twitter.com/YScPLMQNNH

Listen to the latest DML podcasts below! Then share!  And if you have the DML NEWS APP please tell people to download it today and help conservatives have a real voice. 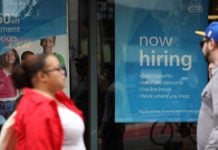