A Minnesota transgender inmate filed a lawsuit alleging discrimination by the state Department of Corrections (DOC) in part because it is deferring sex reassignment surgery.

Christina Lusk, 56, who is serving a sentence until 2024 for a felony drug offense at the Minnesota Correctional Facility in Moose Lake, Minnesota, claims to be “socially, medically, and legally” female but alleges the DOC has failed to recognize it, according to the lawsuit.

Claiming to have experienced discrimination and sexual abuse from male inmates, Lusk is suing for at least $50,000 in financial compensation and is demanding to treated as a woman and removed from the men-only correctional facility.

Lusk had reportedly already started the transition process and received some surgeries, before getting arrested in 2019, and is demanding that the prison system pay for the rest.

No one should be subjected to the degradation and abuse Christina Lusk has endured in custody by the Minnesota Department of Corrections, which has refused to transfer her to Shakopee Women’s Prison https://t.co/CD9rmKSeXe #TransRightsAreHumanRights

Transgender inmate sues after being refused surgery in prison https://t.co/fNpUPgJhQp 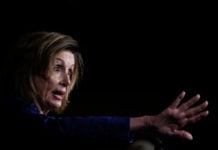