Written by DML
The above pictures are of my daughter Kelly and me.  Kelly is 12-years-old and she, like so many kids in the US, is subjected to the political fighting that flames the fire when it comes to the heated debate over COVID scaredemic lockdowns, mandates, and insane decision making.  She, like so many kids, is being unfairly subjected to bullshit masking rules dictated by adults who should be far smarter than they’re acting.

I will die for my daughter without hesitation. If you’re a parent you know what I am talkng about.  There is nothing you won’t do for your kid(s).  Meaning, I will fight for her with every breath in my lungs, and I will spend the time and money required to give her the best I can.  This includes using my skills at digging into false narratives and exposing liars.  It includes giving truth-tellers a platform to speak freely, and to share the information we need to hear.  I will go out of my way to create an alternative to the Biden talking points that are filled with nonsense, and that defy logic, medicine, and science.  I will stand tall for her during this crazy time when nobody trusts the media, DC, or doctors with an agenda.

I started my Facebook page on February 9, 2013.  It’s been nearly a decade that Facebook has provided a channel for me to connect with Americans who love the unfiltered, unapologetic approach I use when delivering real news and strong opinions.  My Facebook LIVE videos have been watched hundreds of millions of times over the years.  But it looks like my run with Facebook may be coming to an end.

This Tuesday past, I recorded and published a podcast that received lots of praise on the DML NEWS APP, Facebook, and TeamDML.com.  The interview with Dr. Nick Kardaras (“Dr. K”) focused on the concerns and dangers  associated with children being forced to wear masks, and when forced to do virtual learning for long periods of time.

The information conveyed by Dr. K. is credible in the sense that even Facebook, Google, and Apple recognize the need for kids to limit screen time.  Studies have been conducted world-wide, and we know that overuse of digital screens hurt our kids, and Dr. K punches these studies home with facts and experience as a psychologist.

We also held a long conversation about masks and how important it is for a child to see another person’s full face and expressions.  Seeing a full face, and a smile, or a frown, is paramount to a child’s growth and mental well being.  Again, this sort of information is worldly known.

Despite Dr. K.’s amazing reputation, and his three treatment clinics in the US, and his numerous TV appearances, medical credentials, and best selling book on related matters, Facebook says the information conveyed in my postcast is MISINFORMATION, and that it could cause “physical harm.”

I have been warned that if I continue to post these sort of things that I will be removed from Facebook permanently.  Well, I have news for Facebook.  I have no plans on stopping.  I have done nothing wrong, I have posted the truth.  And I will not be intimidated by the social media giant or Mark Zuckerberg’s friends in DC.  Don’t forget: The Biden administration monitors Facebook and works with them to remove “misinformation.”  That’s sort of like asking Lance Armstrong to monitor his own drug tests.

I am standing tall for our children, and I will not back down one iota.  I did not post fake news, I posted an interview that under normal circumstances — meaning, we did not have a radical president and woke administration — would be praised for its clarity and insight (aka real journalism).

The New Yorker in me wants to tell Facebook to “stick the misinformation label up its own ass,” but the professional in me will call my lawyer and place a dispute. We will ask for my ad money to be returned, and I have spent hundreds of thousands over the years.

Either way, the screenshot from Facebook is below.  You can see it for yourself.  They want me gone, no doubt.

If you are someone who does not have the DML NEWS APP, you would be smart to download it now.  The DML NEWS APP is the only way to ensure you stick with me.  The app offers news all day, and it offers my podcasts, and all the special announcements on DML CBD deals.  With this said, for the folks who see me only on Facebook, we decided to run a BUY ONE GET ONE FREE on most items on our DMLcbd.com website.  My concern is without Facebook, the people who rely on me to announce the special pricing won’t get it again.  So I am making the announcement now. We are running a BUY ONE GET ONE FREE on most items until our inventory is out of stock.  It is harvest season, and inventory is always a nightmare.  So be smart and grab what you can now as our future BOGO deals for 2021 are likely to end sooner than later.  Truth is this: Losing Facebook will be detrimental to our business.  We won’t be able to absorb the discounts long term.  Go to DMLcbd.com for BUY ONE GET ONE FREE while items last.  And be sure to download the DML NEWS APP from the Google Play Store of Apple App Store NOW! 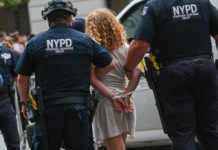