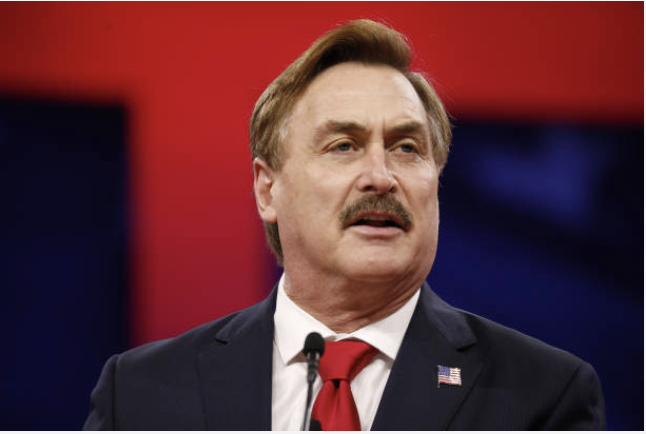 Written by DML
On Friday evening my phone received a text message from my buddy Tom. He’s a fellow conservative, and an honest family man. I’ve known him for 25-years. We agree on most political topics and issues, and so we’ll occasionally share links and videos.  With that in mind, we are both very busy people.  Therefore, we do not share links and videos that are filled with nonsense. We share things only when they are really important and eye-popping.

Tom contacted me on Friday to share a video he watched from the 72-hour election integrity event held by MyPillow CEO Mike Lindell.  Tom said, “You have to watch the entire video. It’s of a man who ran for the US Senate.”

I admit I did not watch Lindell’s entire 72-hour event.  I did invest a few hours, however.  I did watch Lindell and a few presenters like Captain K.  I found the information to be interesting, and I appreciated how each presenter took the time to explain what they found when investigating the 2020 election.  Like many Americans, I have little faith in our elections.  I think the elections are a total mess, prone for mistakes, open for fraud, and led by people who are not very smart.  I struggle each day to understand how 83 million people would vote for Biden.

Although the information presented at Lindell’s event was very powerful at times, I did not see the one huge smoking gun that can be presented to the Supreme Court with the outcome being an overturned election.  For those who disagree with me, keep in mind that there was not a single website with large distribution, including right-leaning destinations like Brietbart and Daily Wire, to publish any articles or videos highlighting a smoking gun from Lindell’s event.  In other words, Mike hasn’t found OJ’s knife.  Although we all believe OJ did it, we need the murder weapon with the DNA and blood. I think most people believe the smoking gun is out there, assuming it hasn’t been deleted in full.  With that said, I did see enough information from Lindell and team to make a basis for more investigations to be launched, and if nothing else there needs to be a 50-state forensic audit.

Tom and I spoke about the event on the phone for 20-minutes, and we both agreed that Lindell should be commended for his tireless work.  Without the MyPillow mogul’s unbridled passion and willingness to pull out his thick wallet, there would be no further discussions or events about 2020.  Thus, we all owe him a big thank you.

Tom asked if I saw the presentation given by Dr. Shiva, a technology guru who ran for the US Senate seat currently held by Elizabeth Warren.  I told him I did not see the presentation.  Tom urged me to invest the 35-minutes into Shiva’s claims.  “You’ve got to see what this guys presents about big tech and how they work with the government,” demanded Tom.  I agreed to watch the video based on his recommendation.

As sad as I am about the information presented by Dr. Shiva, I am happy I watched the video.  Every American needs to watch the video!  Be you a Democrat, Republican, or Independent, the information presented by Shiva is eye-popping and downright alarming.  Using his own story of running for Congress, Shiva outlines a timeline and series of events and documents that made a strong case that social media and government agencies are playing outside the rules.  It’s hard not to believe that Shiva is onto something; he says social media giants and the government work together to censor people. His proof appears solid, and it raises questions about election integrity, COVID, and where we are headed as a nation.

As as a guy who is good as dead on Twitter (my tweets are always suppressed and barely visible to my followers), I had a hard time punching holes into Shiva’s presentation.  You have go to watch and share his video.   If you find a hole, tell me.  Scroll down for the video.  Do not shortchange yourself.  Watch the ENTIRE video.