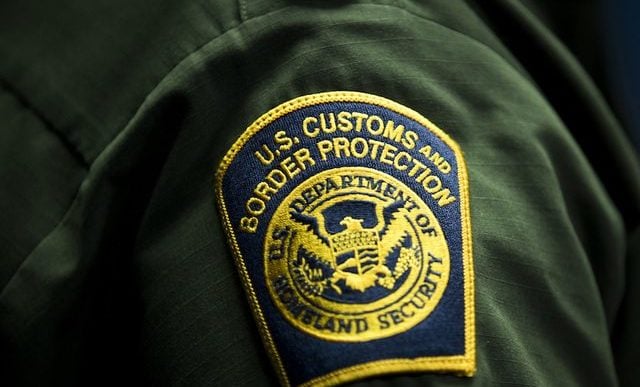 A tractor trailer that law enforcement found at least 51 migrants dead in on Monday was copied from a south Texas-based trucking company, according to a report.

Officials believe that the truck was abandoned in San Antonio after it had mechanical problems. A city worker discovered the scene on Monday evening after hearing a cry from the trailer.

At least 46 migrants were found dead at the scene and more died at hospitals.

A total of 39 men and 12 women died from trying to sneak into the United States in a truck, then being abandoned in the heat.  The high for the San Antonio area that day was reported to be 103 degrees.

The 18-wheeler truck used to haul the illegal aliens into the country was a clone, painted to look like it belonged to Betancourt Trucking and Harvesting – right down to the same color scheme and registration number.

Felipe Betancourt, the owner of Betancourt Trucking and Harvesting, based in Alamo, Texas, which is near McAllen, said that truck wasn’t theirs – because their truck with that same registration number is still sitting in their yard.

According to emergency personnel, Reportedly an 18 wheeler packed with illegal aliens was found abandoned in the city’s southwestern edge resulting with 42+ dead inside the truck pic.twitter.com/h1PyF6Ud39

The high in San Antonio today was 103 degrees. We don’t know how long they were stuck inside, where it was likely hotter than it was outside. https://t.co/LtTdmQzx0s pic.twitter.com/OVrEjR8oYz

Meanwhile, the flood of illegal aliens into the United States continues, with many simply walking right on in.

NEW VIDEO: Just hours after arriving in Eagle Pass, TX a massive group of 300+ cross in 100 degree heat – most are from Venezuela, Cuba and Colombia @USBPChiefDRT @CBP @FoxNews #Border pic.twitter.com/81DmtRirKX

Reporting in the middle of the Rio Grande River as hundreds of migrants cross the river illegally into Eagle Pass , Texas , the majority are from Venezuela and followed for 35 miles to their crossing point in Piedras Negras @DailyCaller pic.twitter.com/8q2wyihdDv

On the ground in Allende Mexico following a group of around 100 migrants walking towards Piedras Negras to cross into Eagle Pass, Texas illegally. Despite Gov. Greg Abbott’s agreement with Coahuila governor to slow illegal crossings , migrant groups continue to cross into TX pic.twitter.com/4Mn04mPg3U

We’ve been following this group of migrants for 35 miles now as they arrive in Piedras Negras, within the next hour they will be in the United States illegally. More caravans are on their way to Piedras Negras @DailyCaller pic.twitter.com/Ffbe6qNAMB

Followed this large group of migrants to their crossing point destination in Piedras Negras, from here the human smugglers will guide this group through the river and into Eagle Pass , Texas illegally. And more caravan of migrants are on their way to cross through this path pic.twitter.com/mLULji1fNk

Sources on the ground in Mexico tell me officials here are funneling migrants through Piedras Negras to cross illegally into Eagle Pass, TX. This goes against the agreement Gov. Greg Abbott had to Mexican state governors on the border to slow down illegal crossings @DailyCaller pic.twitter.com/bt3Wo0uWPb

Mexican local picks up a group of migrants from the side of the road on their way to Piedras Negras to cross into Eagle Pass illegally pic.twitter.com/cxeYiL6hFT