Actress Jennifer Lawrence claimed this week that there is a “radical wing” of the Republican Party that is actively dismantling Americans’ right to vote. The Hunger Games and X-Men: Dark Phoenix star begged fans to support the far-left’s For the People Act, which would nationalize U.S. elections and gut voter ID provisions.

“Whatever your personal politics are, whatever side of the aisle you find yourself on, you need to know that your vote matters and the outcome of our elections are not maneuvered and manipulated,” Jennifer Lawrence said in a one-minute video for the group RepresentUs, which is founded and funded by Hollywood elites and has received funding from the George Soros-funded group the Tides Foundation.

“In Texas, Georgia and Florida and 44 other states, there’s a radical wing of the Republican Party that is actively dismantling Americans’ rights to vote because they don’t have the numbers to win otherwise without gerrymandering or shutting down hundreds of voting facilities within reach of minorities and specifically targeting and carving out people of color,” Lawrence claimed.

“They can’t win, but this is cheating and it is not democracy,” the Passengers actress added before pitching the “For the People Act.”

“There’s a law in the senate right now called the For the People act and it can reverse these anti-voting laws and it can stop billionaires from being able to buy our elections. It even says that all voting machines need to be made here in the U.S. , but it’s going to take a lot of pressure from us to get it to pass,” Lawrence continued, begging Americans to reach out to their politicians. “Let the politicians bicker and throw tantrums. Let’s just make sure they remember who they work for.”

Lawrence tweeted Thursday, “Now is the time to take action. We only have a few days left before the Senate votes on the most sweeping anti-corruption bill of our lifetimes. Call your Senators now and tell them to vote YES on the #ForThePeopleAct.”

Now is the time to take action. We only have a few days left before the Senate votes on the most sweeping anti-corruption bill of our lifetimes. Call your Senators now at https://t.co/s7UB2Sjvs6 and tell them to vote YES on the #ForThePeopleAct pic.twitter.com/cfVnkFCcTX

I‘m amazed at the stupidity here. Or are they paid propagandists?
Jennifer Lawrence Claims ‘A Radical Wing of the Republican Party Is Actively Dismantling Americans Rights to Vote‘ https://t.co/hYJZLBItRO via @BreitbartNews 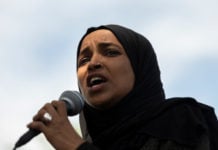