“McCarthy is a liar and a coward. He doesn’t have the ability to condemn the kind of bigoted, Islamophobia and anti-Muslim rhetoric that are being trafficked by a member of his conference,” Omar told co-host Jake Tapper on CNN’s “State of the Union,” when asked about McCarthy.

Pressed on why McCarthy does not have the ability to condemn such remarks, Omar said, “because this is who they are,” referring to the Republican Party.“And we have to be able to stand up to them, and we have to push them to reckon with the fact that their party right now is normalizing anti-Muslim bigotry,” she added.

“And we have to be able to stand up to them, and we have to push them to reckon with the fact that their party right now is normalizing anti-Muslim bigotry,” Omar said.

Boebert tweeted an apology last week to “anyone in the Muslim community I offended” after video emerged of her joking about being in an elevator with Omar when a Capitol Police officer rushed toward them.

“I said, ‘Well, she [Omar] doesn’t have a backpack, we should be fine,’” deadpanned Boebert, who has also repeatedly referred to Omar as a member of “the Jihad Squad.”

I apologize to anyone in the Muslim community I offended with my comment about Rep. Omar. I have reached out to her office to speak with her directly. There are plenty of policy differences to focus on without this unnecessary distraction.

McCarthy was pressed on Boebert’s comments Friday, and said the Republican congresswoman apologized for her actions, including personally, and had a phone call with Omar. He added that he wasn’t going to take any actions against Boebert and highlighted many comments from Democrats that none have apologized for.

Regarding removing committee assignments, Kevin McCarthy said the difference between the Lauren Boebert and Steve King is that Boebert “apologized publically” and “personally.”

Fact check: Lauren Boebert did not apologize personally and only “apologized” to anyone offended. pic.twitter.com/J1JpR8FdTf 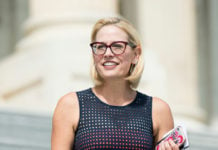