As the most reliable and balanced news aggregation service on the internet, DML News App offers the following information written by Fox News anchor Tucker Carlson and published by Fox News:

If you want to understand a country’s military, take a look at what its officer corps is reading. Military officers aren’t just warfighters. They’re trained to be thinkers, even intellectuals. Many of them have advanced degrees. In Russia, officers above the rank of colonel are required to read a book by Russian nationalist Alexander Dugin called, “The Foundations of Geopolitics.” Dugin’s book envisions a Eurasian empire, with Russia at the center of it, and outlines a way to achieve it. In China, meanwhile, recruits are told to read, “The Origin and Goal of History.” It teaches that China is successful because its culture is superior to the West’s. You might not agree with them, but these are serious books. They promote the national interests of the countries whose officers read them. That’s why they’re assigned.

So, with that in mind, what is the American military reading these days? Let’s see: a sub-literate pamphlet on how the United States is a disgusting, immoral country that must be changed immediately and forever. The tract is titled, “How to be an Antiracist.” It was written by a University of Florida professor called Henry Rogers, who now that he’s rich and famous goes by his revolutionary name, Ibram X. Kendi. The book is garbage. Actually, it’s worse than that. Not only is the book repetitive and embarrassingly stupid, but it’s also poisonous.

Kendi’s premise is as simple as he is: any system that produces unequal outcomes must be racist. Period. That’s it. That’s the entire thesis. Kendi applies it to everything. If some people make more money than other people, the economy is racist. If Ibram X. Kendi decides there aren’t enough Black astrophysicists, then astrophysics is, by definition, racist. If it rains in a Black neighborhood, but not across town, then what you’re watching is weather racism. Actually, Kendi didn’t really write that, but only because he has no detectable sense of humor. But there’s no question he believes it. The book is that militantly dumb. 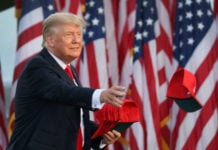