On his show Thursday night, Fox News host Tucker Carlson sounded the alarm over a situation allegedly taking place behind the scenes that mainstream media has completely ignored.

According to information Carlson presented, the Biden administration is allegedly considering a treaty with the World Health Organization, in which the global group will get to establish health guidelines for the United States, as well as control ‘medical misinformation.’

Carlson quoted Tedros Adhanom Ghebreyesus, Director-General of the World Health Organization from an April 22, 2020 speech in which he declared, “People in countries with stay-at-home orders are understandably frustrated with being confined to their homes for weeks on end, but the world will not and cannot go back to the way things were. There must be a new normal – a world that’s healthier, safer and better prepared.”

We want to open this evening with a story you may not have heard, but that you should definitely know about. It begins early last year when Joe Biden, in one of his very first acts as president, brought the United States back into the World Health Organization.

We saw this, and we thought: Why would Biden be so anxious to do something like that? At the time, we assumed it was just part of his larger de-orangification effort. Trump had pulled the U.S. out of the World Health Organization, so Biden had to do the opposite. Childish, but that seemed like a fair explanation.

Still, it did seem a little weird because there aren’t many international bodies that are more thoroughly discredited than the World Health Organization, particularly after COVID. It’s a laughingstock. There’s one thing it’s not good at, it’s public health.

Since the very first cases of the coronavirus were reported in Wuhan, the W.H.O. slavishly ran interference for the Chinese government and did it in the most cartoonish and obvious way. First, W.H.O. claimed there was no evidence of human-to-human transmission of the virus. Remember this? They cited Chinese officials who were obviously lying, and we now know they were lying.

WATCH Carlson’s entire monologue below, as he lays out the alarming details:

The U.S. must WITHDRAW from the @WHO & defund it ASAP

The World Health Organization is corrupt and controlled by the Chinese Communist Party.

The last thing the Biden Administration should do is give the @WHO authority over Americans.

Allegedly 194 countries plan to sign their citizens rights away via the WHO pandemic treaty. So which countries are not going along with this? We need to know…

“People understandably want to get on with their lives.
That’s what WHO wants too & is working for, all day, every day.

But the 🌍 will not & cannot go back to the way things were. There must be a “new normal” – a 🌍 that is healthier, safer and better prepared”-@DrTedros

HHS has released their “Confronting Health Misinformation: The U.S. Surgeon General’s Advisory on Building a Healthy Information Environment” on COVID. 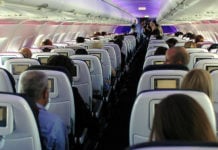